RECOMMENDATION /  This tour can be extended for an additional 1,5 hour long visit to the Homeland War Museum in the Fort Imperial on the top of mount Srđ, directly above the city.

The museum is dedicated to Dubrovnik’s defenders during the siege, and provides material evidence of that time: photographs, maps and video clips. Fantastic panoramic views of the Old Town and the Elaphite islands come as an added bonus. 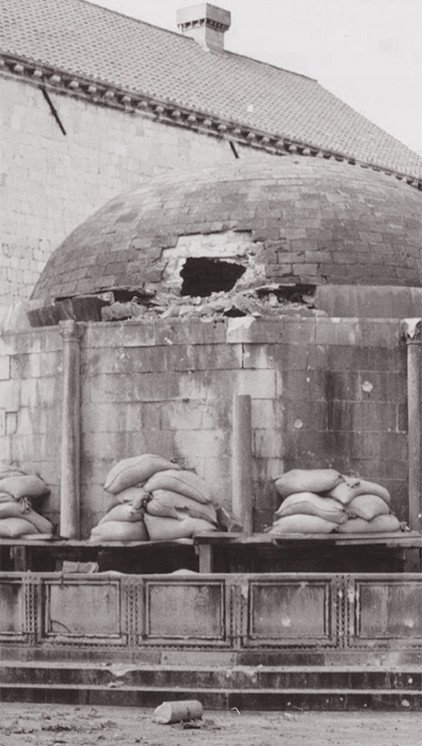 The Story About
Revival And Survival

On Dubrovnik war tour you will hear a personal testimony of your guide who has lived in the city during the eight-month long siege of Dubrovnik, without electricity, water, food or medical supplies, under constant artillery fire of the former Yugoslav Army.

Explore the streets of Dubrovnik Old City, where material traces of the city restoration after the Homeland War still exist. Share memories of despair and disaster with one of thousands survivors trapped in the besieged and devastated city.

Dubrovnik became the front line of this war in the October 1991 and, for almost 8 months, the town remained under the siege and constantly shelled. For three months citizens lived like they were in the medieval times. They had no running water, so they collected rainwater. There was no electricity, gas or gasoline, so they cooked on barbecues, or on open fire (if they were lucky to have something to cook). All the while, shells were flying over their heads. Without shelters, ancient forts and fortifications had become the last resort for children, sick and elder people. 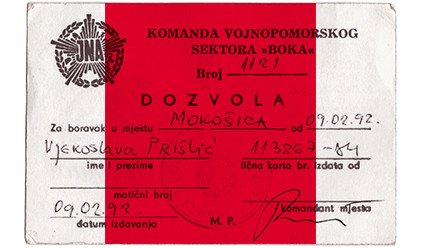 A permit for the access to the particular parts of the occupied Dubrovnik area issued by the Yugoslav People’s Army, the military of the Socialist Federal Republic of Yugoslavia/1991/92

The Lives Given For
Today’s Freedom

Focusing on the period between 1991 and 1995, during our Dubrovnik war tour you’ll get an overview of the history of Croatian War of Independence, which followed the breakup of Yugoslavia.

The recovery was slow. It took four years to restore the almost destroyed city, and even today it is hard to believe how much it was devastated.

Still, something was not possible to restore. Lost lives are lost forever. A visit to the Memorial room of Dubrovnik defenders in the Sponza Palace is included in the tour. It’s a tribute to those who gave the most valuable they had: their lives, so that we can enjoy what we have today. 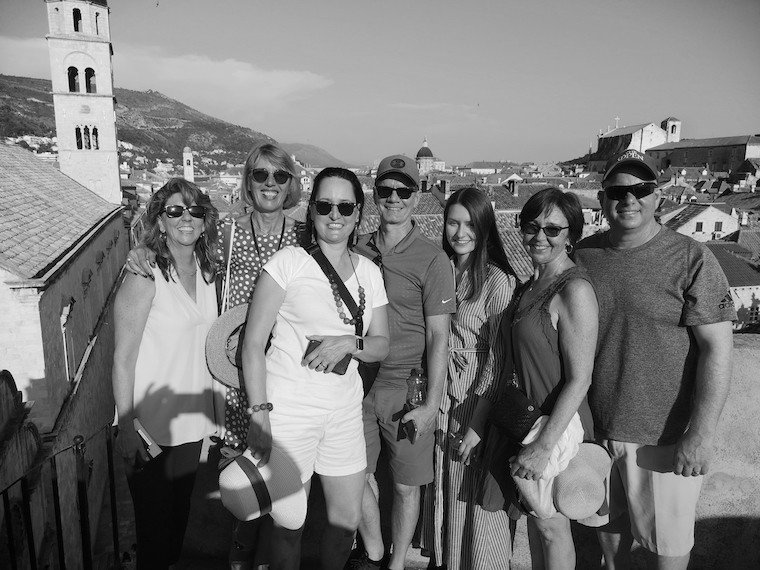 “ Best tour guide ever! Vesna was an amazing tour guide. She was so knowledgeable about Croatian history, the old town and the war. She lives in the old town and experienced the war first hand. She was personable and engaging. No wonder Rick Steve’s gave her the thumbs up!”

“Her witty sense of humour delights us as we appreciate more about life in medieval times, communist Yugoslavian years, homeland war, and the tourism boom era.
She’s so graceful with my kids that they enjoyed her company and surprises too. You won’t want to miss all of these (•‿•)”
Julie, TripAdvisor

“To be given a first hand account of one person’s experience of being in a war zone was a privilege. Told beautifully by Vesna and with great dignity. I would thoroughly recommend it to anyone with an interest in recent history but definitely to anyone who remembers the war but only experienced it through the television news.”
Rick, TripAdvisor