Why book the Dubrovnik Jewish Tour?

Most people believe that Jews settled in Dubrovnik after the expulsion from Spain and Portugal in the late 15th century. That’s not correct. Jews settled in Dubrovnik already in the 14th century. Mostly they were physicians, skillful and formally educated, which Dubrovnik governments hired to be public doctors. The Dubrovnik Republic had organized free medical care for all citizens, regardless of their class or wealth. It was important to have a skillful doctor for that service.

On the Dubrovnik Jewish tour, we’ll walk through the narrow streets of Dubrovnik in search of the testaments of the Jewish existence in the city. Walking around, I’ll introduce you to the seven centuries-long histories of Dubrovnik Jews. You’ll hear stories about their lives in the light of the Dubrovnik Republic, the independent city-state that Dubrovnik was in the past. The Jewish minority had a particular social position within its population. 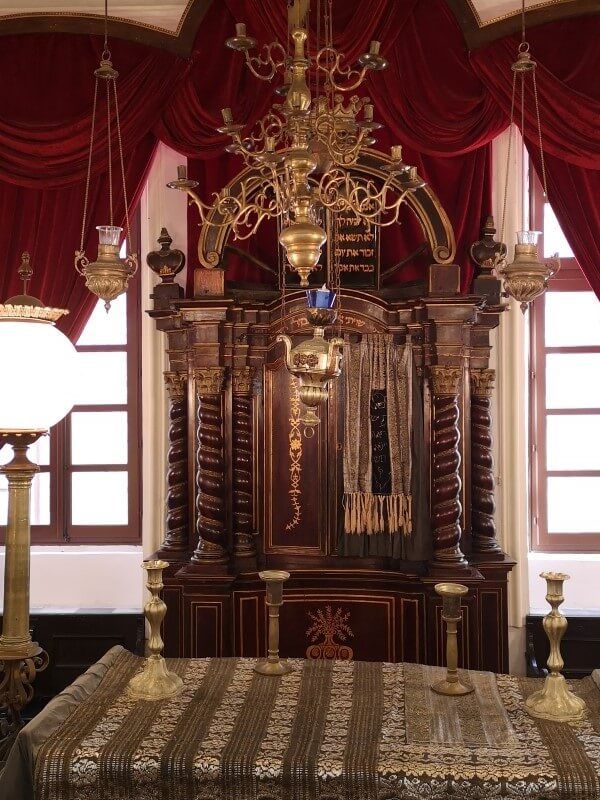 The most important part of the Dubrovnik Jewish tour is a visit to the Synagogue, one of the oldest temples that still exist in Europe. Definitely, it is one of the places you must visit in Croatia. Dubrovnik Synagogue is still in service. At the same time, the 17th-century look of its interior is preserved, together with the valuable religious artifacts. So valuable, that they were exhibited on the World exhibition in New York, USA, celebrating 500 years long Sephardic legacy in the world.

You’ll hear the story about the destiny of Jews during World War II. Not just Dubrovnik Jews, but Jews from Croatia as well.

Thanks to the efforts of the Dubrovnik Jewish Community, the first Jewish Museum is opened in the same building where the Synagogue is, representing the rich history of Dubrovnik Sephards.

Today, just a small number of Jews live in the city, but still, they are prominent, influential, educated, and successful. They proudly keep the remainders of their ancestors. It will be my honor to introduce you to their rich history. Join me on the Dubrovnik Jewish tour!